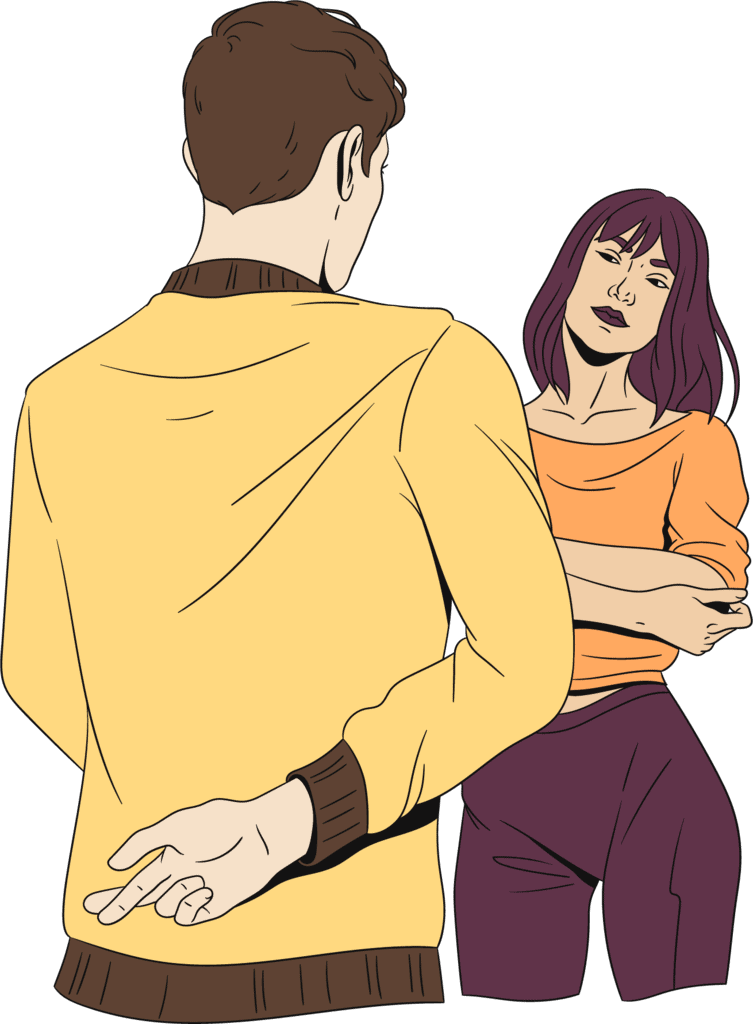 Recently I got a question from a woman who said:

“My husband is lying to me, why does he lie to me if he loves me”

She didn’t mention in the email what he lied about, but I guess she wasn’t all that concerned about the reason why.

In this article, I want to briefly discuss this topic.

Here are the 7 tips for when your husband or boyfriend has lied to you:

1. Realize that he is only human 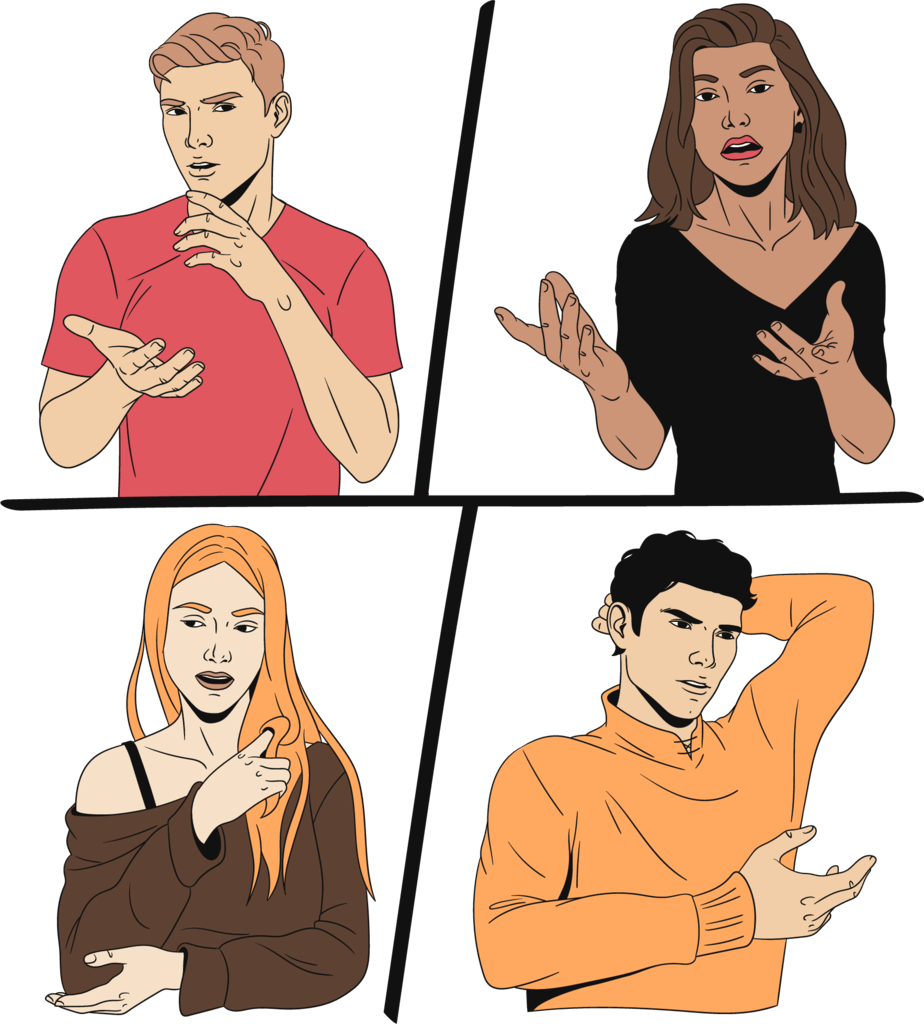 Regardless of whether you are a man or a woman, everyone lies now and again.

The fact is, that men get caught more often, but that’s because women are slightly better at it.

But here’s what it comes down to:

And it’s a lot worse than you might initially think.

Now you are probably thinking: “How bad exactly?”

The Shocking Truth about how often people lie

During a study at the University of Massachusetts, they had 242 students in 121 pairs have a 10-minute conversation with each other (one-on-one).

What the students didn’t know is that the conversations were recorded with a hidden camera.

Very handy, because this made it possible to find out what percentage of the participants lied within this short time.

No less than 60% of the participants lied, with an average of 2-3 lies per conversation.

Do you understand what this means?

It means that more than 50% of all people you have met, are likely to have lied to you three times during the first ten minutes. And when you think about this, you might get paranoid.

This is what Robert S. Feldman (researcher) had to say about the matter:

“People tell a considerable number of lies in everyday conversation. It was a very surprising result. We didn’t expect lying to be such a common part of daily life”

Shocking? Yes. And it gets worse…

That same study revealed that the VERY people who thought that they would never lie, lied.

So keep in mind that we have a terrible judgment when it comes to telling the truth.

During a conversation that lasts longer than ten minutes, everyone lies sometimes.

So by definition, is it a bad thing when your boyfriend lies to you?

No, of course not.

Lying is not necessarily bad in itself

Based on the fact that 60% of us lies within ten minutes, we cannot possibly say that we are all bad people.

It rather says something about the fact that lying is something human.

So knowing that your boyfriend has lied to you, how bad is that really?

Alright, in many cases it’s not as bad as you’d think. Because he’s only human.

But let’s discuss further why men do lie. 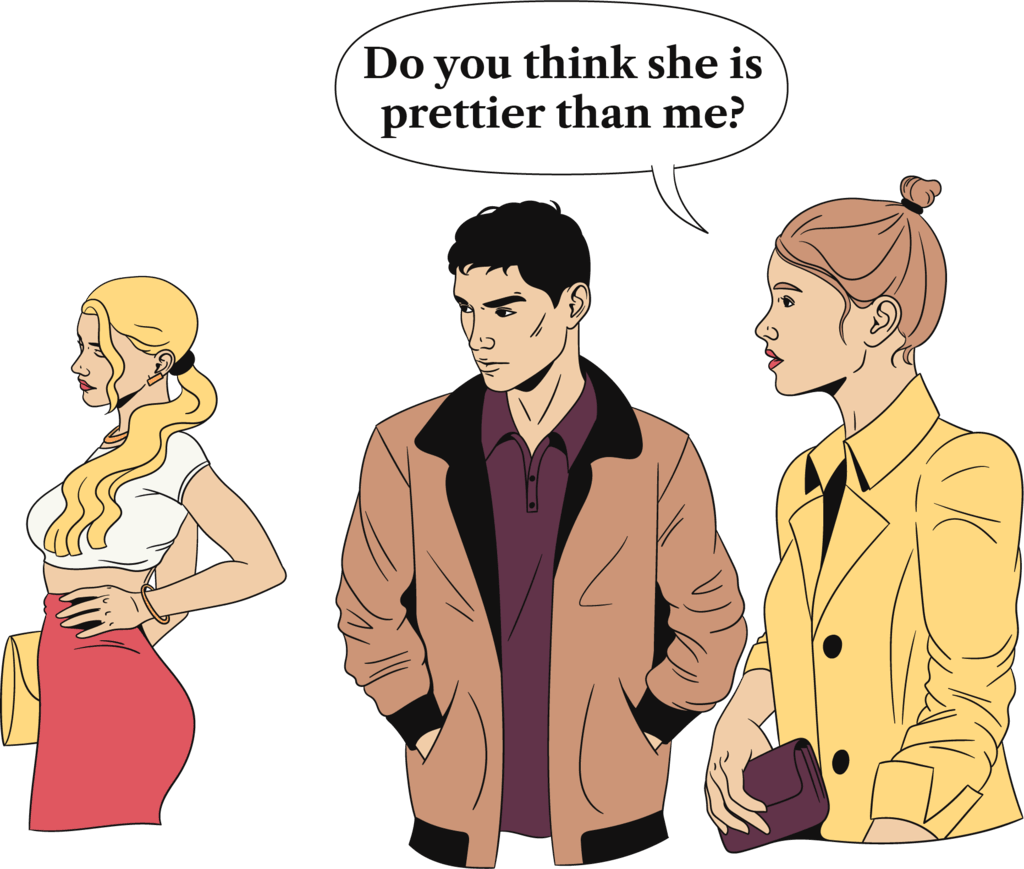 That’s what Dr. Xavier Amador (author of the book I’m Right, You’re Wrong, Now What?) says about this subject.

He explains in seven words why men do lie: to avoid conflict.

How does this work in real life?

Ellen and John are walking along a shopping street on a summer day. Suddenly a gorgeous woman walks past them wearing a rather short dress. From the corner of his eyes, John discretely looks at the woman but makes sure that he does it as inconspicuously as possible.

However, Ellen notices this and immediately becomes insecure. So she asks him the following question “Do you think she is prettier than me?”

And unless John is really stupid or doesn’t know anything about women, he will answer: “Of course not. Yes, she is pretty, but she is not really my type and I think you are much more gorgeous.”

But the funny thing is that he will always say this. Even if he thinks she is prettier.

He does this because he doesn’t want to hurt Ellen’s feelings.

Yes, she might be very literal about it and think:

But does this make him a terrible liar? Or a caring boyfriend who takes his girlfriend’s feelings into account?

He simply lies to avoid a conflict.

Scenarios like in the example above will definitely make your boyfriend or husband lie to you.

Because let’s be honest, he is never going to say that he thinks another woman is prettier than you (although he might think that).

I only bring this up because the woman also plays some part in whether a man is lying or not.

So what can you do to avoid your partner lying to you?

Don’t ask him any questions that force him to lie to you.

Instead, look at the reason why he lied.

3. Focus on WHY he lied to you 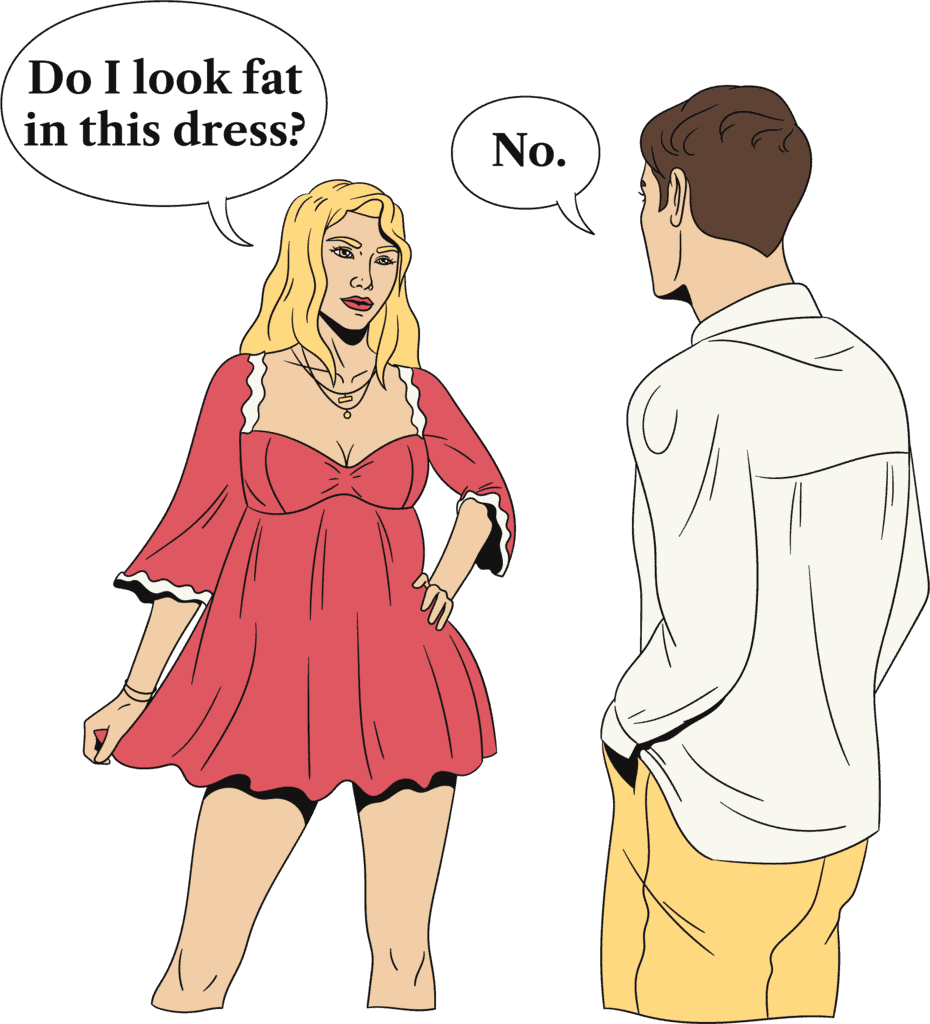 As I explained in tip #1, a man who is lying is not something you should be concerned about. It would be more worrying if he would never lie to you.

It’s much more important to know why he lied.

Look. If he lies to you because he doesn’t want to hurt your feelings, or because he wants to impress you by lying about something…

Well, then it is not necessarily all that bad that he is lying.

When lying becomes a bad thing

Lying only becomes a bad thing when he lies about some awful thing he has done, for example, cheating.

Then it’s only normal that you question him about it.

You have ‘good lies’ and you have ‘bad lies’

A good lie could be that he says to you that you look sexy in a specific dress, when he actually doesn’t like it that much.

A bad lie would be when he lies about the fact that he has stolen money from you.

You can’t blame him for the first lie, but the second lie is rather a different matter.

So the reason why he lied to you is all-important, and not the fact that he did lie to you.

As I’ve mentioned a few times now to hammer this point home.

But apart from ‘good and bad lies’ there is also the one that has both.

4. The lie that is both good and bad 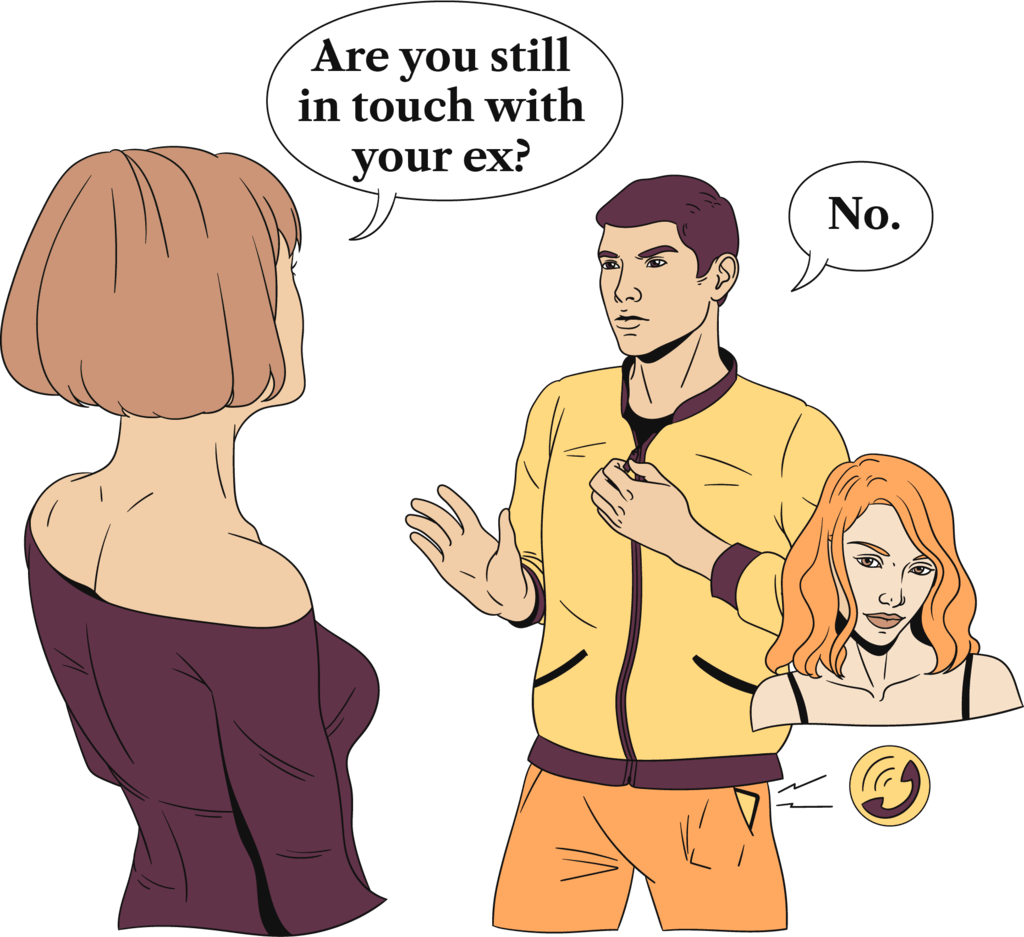 Suppose you have been in a relationship with a guy for three months and you ask him if he’s still in touch with his ex.

But one way or another you find out that he still has contact with his ex, and when you ask him about it, he says:

“Yes that is right, I sometimes text her but I didn’t want to tell you because I was afraid that it might make you insecure. It doesn’t mean anything.”

In this kind of situation, it’s a lie that is both good and bad.

On the one hand, he has her best interest at heart, but on the other hand, he flat out lied about it.

So if you catch him doing this, then it is crucial that you clearly communicate to him that you absolutely don’t like what he’s doing.

5. Keep your emotions under control 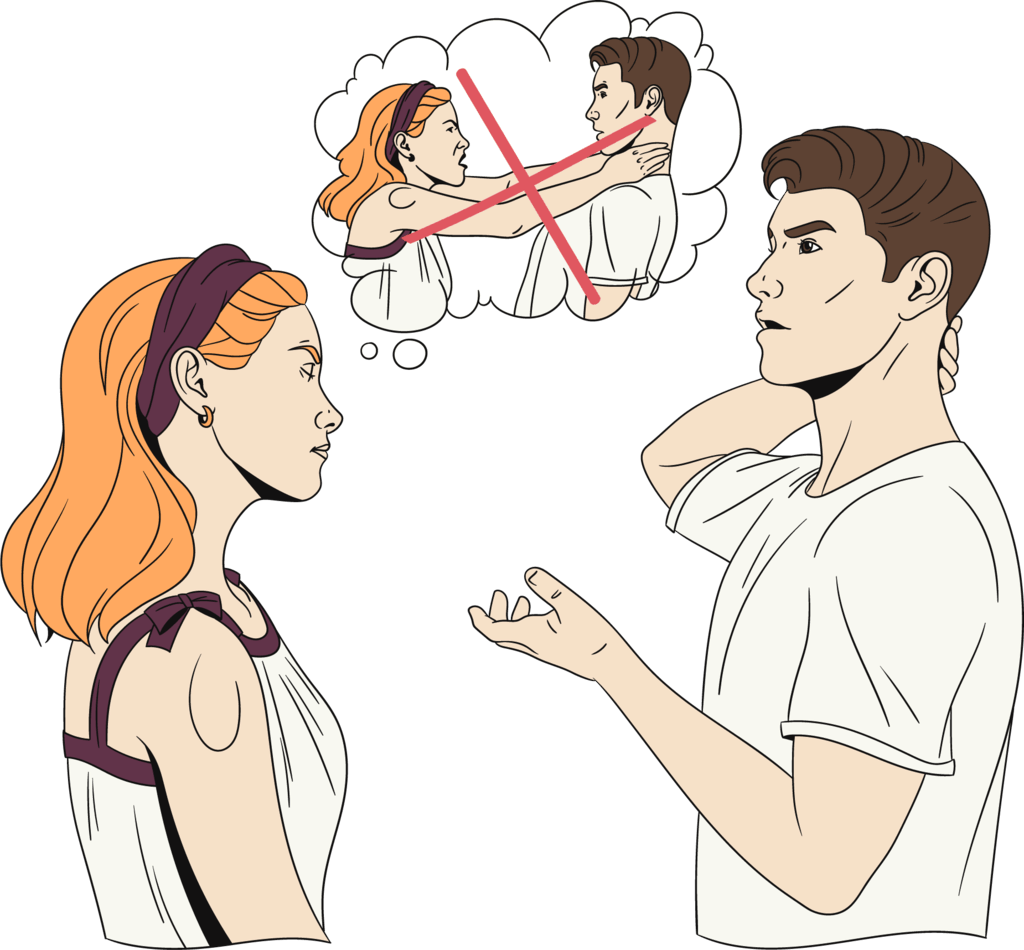 Let’s say you just discovered that your boyfriend did something bad and then lied about it, then it’s very tempting to get very upset.

Although I can understand why you are doing this, it doesn’t help you with the situation.

For a man, an angry girlfriend is like a boring high school teacher. He pretends to listen but in reality, he’s just thinking:

As a result, he doesn’t learn anything from it, and she gets even angrier because his body language tells you that he doesn’t give a shit.

There is a much easier way to handle the situation and get him to stop lying to you.

6. How you condition him to stop lying 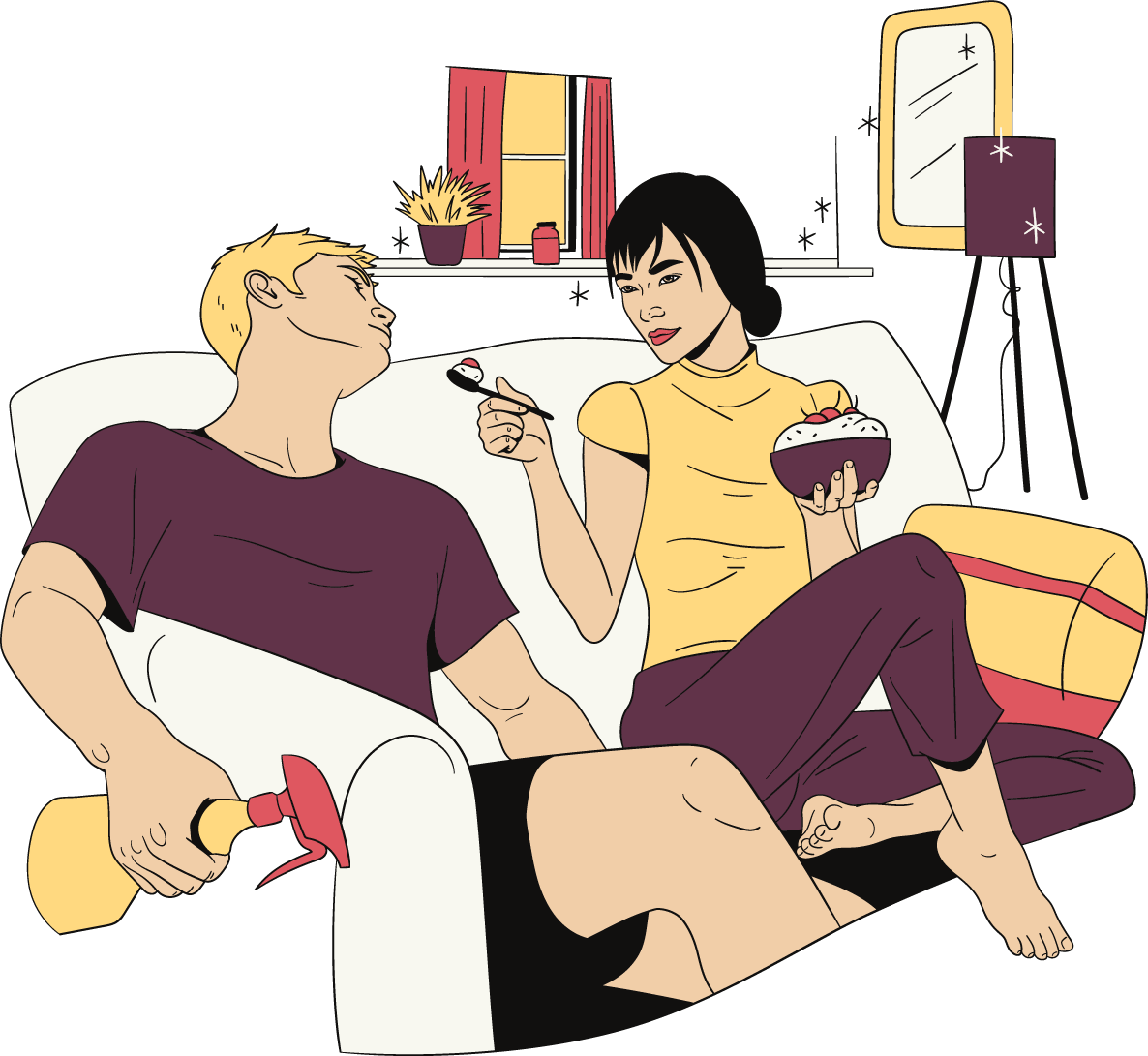 Suppose he told you a bad or semi-bad lie, then it’s important to ‘condition’ him as fast as possible.

The best way to do this is to give him a negative incentive when he is lying, and a positive reward when he stops doing so.

In other words, operant conditioning.

Here’s how it works…

When he lies to you, you tell him that you hate it and what the consequences are  (negative incentive) if he does it again.

Subsequently, you reward him when he’s telling the truth and doesn’t do it.

Want to read more about this? Operant conditioning is only one of the 10 tips to change a man, click here to read them all.

7. Tell him how his lies make you feel 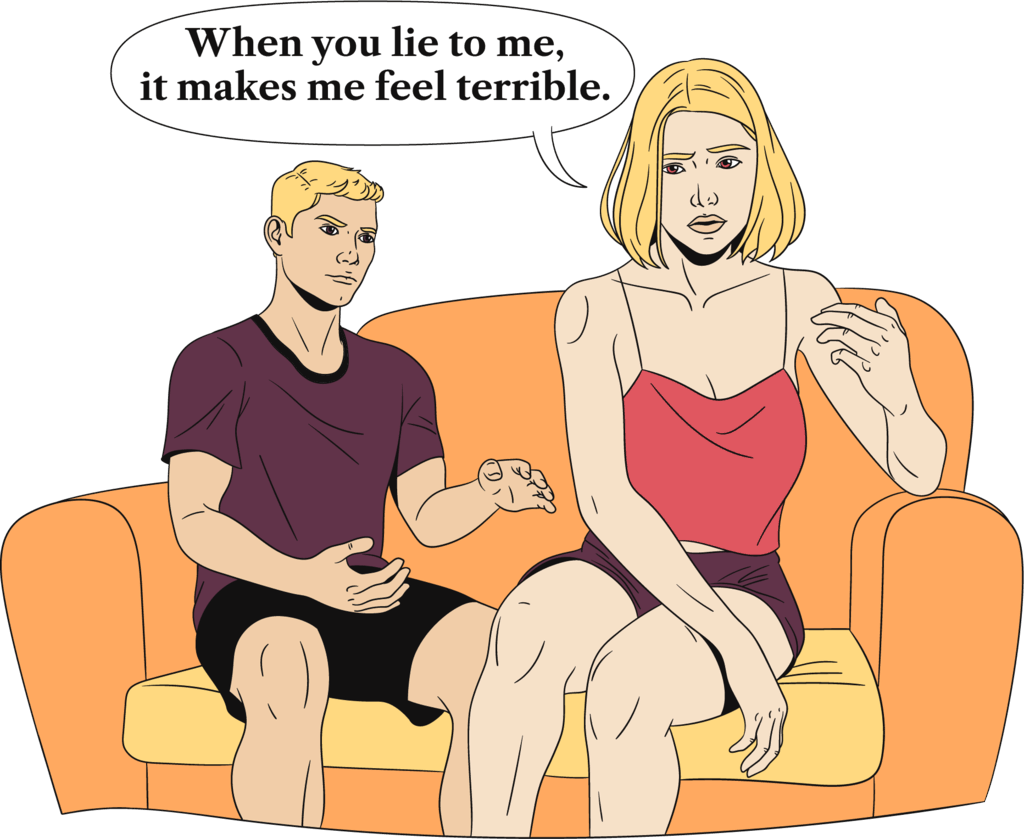 Every guy wants to be the best boyfriend in the world (long live the male ego). When you let him know that he’s not, he will try harder for you.

Then he will probably say something like: “Ok, I won’t do it again.”

But if you tell him how his lies make you feel, it will have more IMPACT on him.

Men are bad at picking up non-verbal signals. But if you explain how bad it makes you feel, then he’s much more likely to do something about it. Simply because he wants to be the best boyfriend in the world.

It’s never nice to be lied to.

Sometimes it’s good to look at the situation objectively and from another perspective. Because things are not always as bad as they seem.

Othertimes, his lie reveals a darker uncomfortable truth that you need to face rather than run away from.